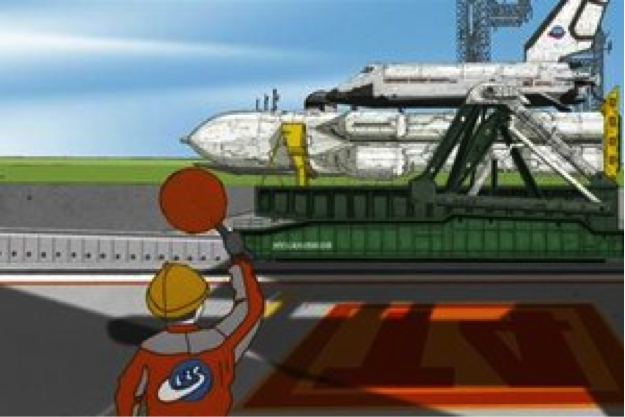 DOHA: At the heart of every strong documentary, you could argue, there's a great story. In the old days, the story was probably more important to documentary film than fiction, because fiction filmmakers have an array of formal bells and whistles at their disposal to ensure that the way a tale is told can be as interesting as the tale itself.

You can no longer make blithe distinctions between fiction and documentary film. With "facts" more slippery that they used to seem, many documentary-makers mobilize fiction film techniques - foregrounding cinematography or making use of re-enactments, scripted dialogues and such - to depict truth that transcends verifiable fact.

There is a great story or two at the heart of "The Lebanese Rocket Society." The latest work by the artist-filmmaking team Joana Hadjithomas and Khalil Joreige had its world premiere at the Toronto film festival earlier this year. Now, in the wake of its Middle East premiere at the Doha Tribeca Film Festival, it's taken DTFF's $100,000 award for best feature-length documentary

The story at the heart of this film is Lebanon's little-known space race. Starting in 1960, Manoug Manougian, a professor at the then-newly founded Haigazian College, began to experiment with building rockets on the university grounds.

His labors attracted the interest of his students and the university's Rocket Society was born. The research faced several obstacles. Materials were available for the construction of only very small rockets, and fuel was inaccessible to anyone but the Lebanese military.

Manougian and his students went "back to chemistry," experimenting with homemade chemical fuels with which to propel their handmade rockets. From these modest beginnings, the rockets became larger and flew further.

During one test flight, a malfunction saw a rocket take off in the wrong direction, crashing onto the grounds of a Greek Orthodox church in the middle of Mass. At that point, the state (it was the era of Prime Minister Fouad Chehab, so Lebanon could be said to have had a state of sorts) intervened. The Army was tasked with ensuring the tests took place out of harm's way.

Soon the Army became an active collaborator in the project. Over two years, 1962-63, the state donated LL50,000 to assist in funding the experiments, envisioned to be among Chehab's several "nation-building" programs. Manougian's club duly changed its title to the more official-sounding Lebanese Rocket Society.

By this point Manougian and his colleagues were building and testing relatively advanced hardware. The state funding saw the development of the Arz (Cedar) 3 and Arz 4 rockets, in 1963 and 1964 respectively. These were the first rockets of their size to be tested in the Middle East - earlier even than those of the security-obsessed entity to Lebanon's south.

At this point, the Zionist state had little need to fear the LRS' tests. Manougian and his colleagues professed an interest in scientific research alone, so the rockets weren't designed to carry a payload. In any case the tests launched the Arz into the Mediterranean. That's not to say the tests didn't come close to causing a diplomatic incident.

When the researchers determined that the thrust on the latest generation of Arz would carry it to Cyprus, they simply shifted the launch trajectory slightly, assuming this would be enough to prevent the thing hitting Cypriot soil.

Yet the rocket did drop perilously close to a U.K. vessel off the Cypriot coast, close enough for the British envoy there to register a complaint with his Lebanese counterpart on the island.

By 1964 the Lebanese military had come to dominate the project. By 1966 Lebanon's neighbors had become so concerned with the tests that the Chehab regime had to put a stop to them. The president explained to Manougian that requests had come to him "from the north, the south and far away" to end the program.

For Hadjithomas and Joreige, the strength of this story is compounded by its having slipped completely from Lebanon's collective consciousness. A project whose tests received front-page coverage (in this newspaper among others) seems not to have been discussed after 1966.

Anyone aware of Joreige and Hadjithomas' past work will recognize the allure of a story like this one. The filmmakers are part of a generation of visual artists whose practices heavily reference archival and collection practices.

These matters have special resonance in a country where the Civil War and state neglect have left it bereft of an institutional past - in the sense that "the archived past" is understood in Europe and North America.

Under these circumstances, it was impossible for the filmmakers to make a simple investigative documentary on this neglected episode of the country's national history. Instead, their investigations into the history of the society have themselves been documented and folded into the film alongside the tale of Manougian himself.

The filmmakers invite the audience to try Googling "Lebanese Rocket," just to see what comes up. Their fascination with the LRS story sends them on a search for traces of the tests in Lebanon's film archive - which provides an opportunity to cast a lens over the institution's sad (or, as their guide puts it, "criminal") state of disrepair.

Their investigation then takes them to Tampa, Florida, where Manougian is now a college professor. There is a peculiar, almost childlike, delight in the filmmakers' voiceover narration as they relate how Haigazian College's former rocket scientist has preserved a photographic and film archive of nearly every aspect of his rocket program.

In the penultimate act, the artists turn their research into visual art - which (as anyone visiting their Beirut Exhibition Center show last year can testify) has by now become an extensive part of their oeuvre. One piece of this work is a life-sized replica of the Arz 4, which they donated to the courtyard of what is today Haigazian University.

The filmmakers' Kon-Tiki-style narration of the bureaucratic obstacles they faced in transporting the rocket facsimile across Beirut brings the work a bit of eleventh hour comedy. The effect of all this is to contextualize the contemporary Lebanese condition in the story of the LRS, and vice versa. In the film's final act, the filmmakers (in collaboration with animator Ziad Halwani) envision an anime-tinted future that might have been, had the LRS' work not been stopped.

Whether this amusing, intriguing and artful bit of research finds an audience beyond that broad land depends on how that audience is defined. You'd hope it finds some purchase in the brains of any open-minded filmgoer who likes a good yarn.