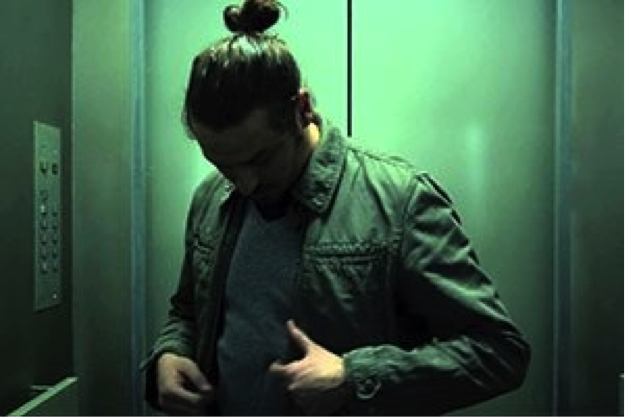 Lebanese Director Mahmoud Hojeij's first feature film is a black comedy exploring the anxieties of seven individuals connected only by their psychologist, Ghassan. They each journey through their ups and downs, their woes and insecurities on New Year's Eve in a bid to be at peace before midnight strikes.

This well scripted near chamber piece (90% of Stable Unstable is shot inside an elevator or Ghassan's office) shifts between amusing and extremely dark, making its point about petty woes extremely well. Grief and anxiety are universal, a part of life, to be dissected occasionally but perhaps not dwelt on. Hojeij uses the interior of the elevator as a viewing point to see the patients' reactions on leaving their sessions. Each actor addressees the audience directly and we only see the back of Ghassan's head, that is until his sessions are over. Hojeij poses this piece as both cathartic and confrontational. He's asking the audience to take a long hard look at themselves before judging others.

Loneliness and despair linger when we see what happens to each character at midnight. One of the patients, a misanthrope who works in his own private mannequin repair studio, is shown force feeding his mute companions and it's a sad thing to witness. Other characters simply disappear into the night.

Well executed monologues from each actor are the highlight of this meticulous piece which unfortunately dwindles with its concluding sequence. The depth of the human experience is touched upon excellently in the early part of the film but the ending feels too calculated and neat. A promising debut.