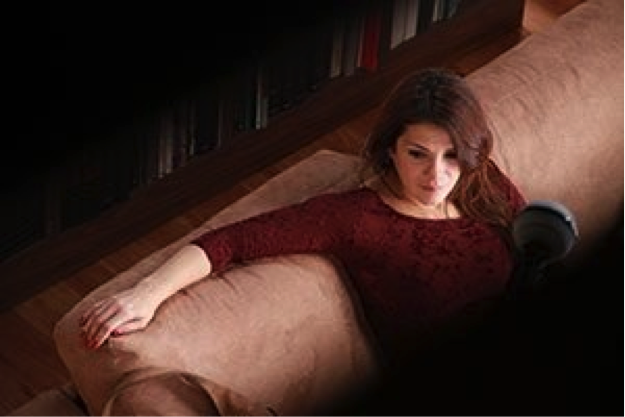 A delightfully made drama - with some rather nice subtle comedy elements - Stable Unstable (Talih Nezil) is a classy and impressively structured film that uses that old gambit of the psychiatrist's chair as a way of telling human stories in the context of different patients also struggling to find some kind of balance in an unstable country.

The film, which had its world premiere at DIFF, is elegantly staged by writer/director Mahmoud Hojeij, who avoids fussy camera movements and instead opts for static set-ups that let his talented performers do their best work. While never flashy or overly dramatic, it is certainly a well made and intriguing film that deserves to receive further festival exposure.

Stable Unstable is set on December 31 in Beirut as seven very different people visit their psychiatrist (Camille Salameh), all trying to put the year behind them and look forward to better times to come. The psychiatrist - whose face is not revealed until scene late on when he sits on his own couch with his wife - is shown from behind, facing the patients, probing them about their feelings and trying to offer advice.

Their problems are all different - one woman wants to know why she shouldn't love two people at the same time; one man angrily stalks the room and can barely sit still; a couple barely talk to each other and a mother has issues with her son - but the subtext is relating to issues within their own country, though this aspect is handled with weary restraint.

The scenes inside the psychiatrist's office are set alongside a series of rather nicely judged vignettes of various people using the lift in psychiatrist's building. Some are patients while others range from men singing in the empty lift to girls planning to attend a party. The various sub-strands rarely interweave, but simply present a series of ordinary people doing their best to deal with the issues in front of them.

The climax of the film is New Year's itself and a party the psychiatrist and his beautiful wife Manal (Manal Khader) are attending. She hates having to present a well-groomed and polite image to his friends, and when he makes a comment about her always checking her make-up she turns it into an argument that she should ‘be herself' at the party, and proceeds to let down her hair and talk with other men - leaving the psychiatrist himself to face the only real drama of the film as he has to ‘fight' just a little to get his wife back.