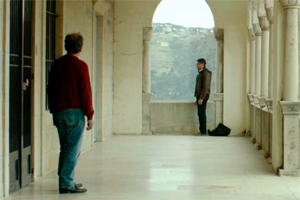 Tramontane by Vatche Boulghourjian will have its world premiere in the official competition of La Semaine de la Critique at the Cannes International Film Festival 2016.

Rabih, a young blind man, lives in a small village in Lebanon. His life unravels when he applies for a passport and discovers that his identification card is a forgery. Traveling across rural Lebanon in search of a record of his own birth, he meets people on the far fringes of society who tell their own stories, open further questions and give him minor clues about his identity. He encounters a nation incapable of telling his or its own narrative.