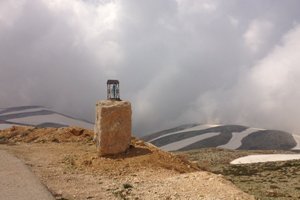 At the 18th jury session of the World Cinema Fund (WCF), four new film projects were selected for production funding as well as one for distribution funding

The Valley by Ghassan Salhab received a 30,000 € production grant.

Since its establishment in October 2004, the WCF has granted production or distribution backing to a total of 111 projects, selected from 2,011 submissions from Africa, Latin America, the Middle East, Central and Southeast Asia, and the Caucasus. All of the WCF films completed to date have screened at cinemas and/or in the programmes of noted international film festivals, demonstrating the initiative's worldwide success.