Home News Mahmoud Hojeij and Ahmad Ghossein at the Berlinale 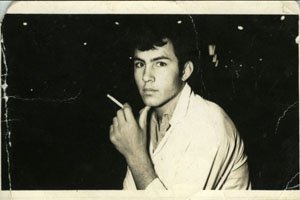 Mahmoud Hojeij and Ahmad Ghossein will be attending the 62nd Berlinale with their short movies:

A conversation between two strangers: one is ashore and the other is on the sea. The conversation's depth coincides with the height of the railing. Their interdependence is apparent and described in different speeds. The filmmaker's thoughts become apparent. The ship's departure accelerates the conversation. Finally, the ship sets sail.

The film is a portrait of the attempt to solve the Arab- Israeli conflict within eight minutes. Three Men meet in Paris and deal with the political, economical and psychological questions, which surround this antagonism.

My father is still a communist, intimate secrets to be published (Ahmad Ghossein) 2011, 32 min - Forum Expanded

In revolutionary Cairo, the filmmaker tries to let go of objects accumulated over generations. He films inside the huge flat that used to belong to his parents, with an interior that dates back to the years preceding yet another revolution.

Mahmoud Hojeij is currently in post-production for his latest film Stable Unstable and Ahmad Ghossein is preparing his first feature film Upside Down.