Home News “Sector Zero” steps inside the heart of darkness

“Sector Zero” steps inside the heart of darkness 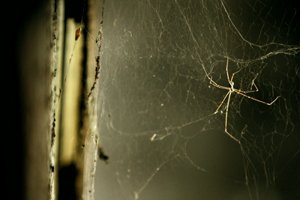 When Nadim Mishlawi was having a quiet lunch with a friend two years ago, little did he know that their conversation would be the spark for his directorial debut, which would go on to earn him a topmost prize at The Dubai International Film Festival. "I just found out that the original name of the district of Karantina was ‘quarantine', which I figure is rather strange, given that the once crowded area is now completely isolated," Mishlawi recalls telling the man sitting across from him, who in turn suggested this would be a good idea for a documentary. But what began as straightforward documentation about the history of Karantina, a notorious ghetto on the outskirts of Beirut, developed into something far more elaborate and unexpected.

As 31-year-old Mishlawi, a Beirut based sound artist and music composer who doubles as a university instructor, got serious about the subject, he found out that during the Ottoman rule of Lebanon around the 19th century, a quarantine facility was erected next to the Port of Beirut. The area surrounding the facility was labeled soon after as Karantina - the Turkish translation of "quarantine". Mishlawi also discovered that next to the quarantine is Beirut's municipal slaughterhouse as well as the headquarters and mega facility of waste management company Sukleen, and that apart from an underground nightclub and a growing number of art galleries, the area is pretty much derelict.

Why was this piece of land simply thrust into oblivion, and why for so long, Mishlawi wondered as he kicked off his research. To him, there could be only one rational explanation for forgetting a whole zone with seemingly blood-drenched history - that it is a deliberate act to dismiss or postpone confronting certain issues. "So the idea I pitched [to the producers] was that it is an isolated area where we dump our garbage and where we don't want to see what is happening or once happened," he remarks. As Mishlawi and the crew went further into their research, they started finding out some new and hair-raising things about Karantina - that yes it was the scene of a 1976 massacre but that this is the least dark story. "Effectively, there are over 100 years of this type of macabre stories, which people don't want to face," he points out.

Mishlawi learned that the area once housed Bedouins who had relocated there for work opportunities in the slaughterhouse, which earned them the stigmatic label: "The Arabs of the Slaughterhouse". They were later joined by Armenian refugees who fled their country on the back of the genocide, and sometime later by Palestinian refugees following the 1948 exodus. Kurds, Turks, Syrians, Egyptians, Jordanians, and Iraqis also found a home in Karantina, which was by then synonymous with a misery belt. United only in suffering, the settlers inhaled the daily stench of poverty and a mix of pungent smells that reeked from a slaughterhouse, a bone factory, an animal processing facility, and several tanneries in the swarming district.

By the time the 1975 civil war broke out, Karantina was a hotbed for leftist militants and gunrunning. A year later, some 1,000 people were butchered in the area by rightwing Christians who were retaliating to a battle launched by Muslim Palestinians in Lebanon. Their cadavers huddled together in mass graves. The tanneries were converted to prisons of torture, which several factions took turns at controlling.

The young director quickly realized the allegorical significance of Karantina in relation to Lebanon as a whole. "The idea of slaughter is probably more obvious when considering Lebanon's history of civil war and other incidents of civil strife," according to Mishlawi, who also thought the concept of the quarantine "offered a profound perspective to understanding both the past and present of Lebanon." And on realizing the metaphoric value of the area, the structure of his film "Sector Zero" started to unfold.

"We decided to depict the area according to the buildings, shapes, and forms, suggesting that it is the area's history and events that took place there that have shaped it into the wasteland it has become," says Mishlawi, who presents a voyeuristic image in which the space - not its residents - is the protagonist. And he does that very artistically, rolling out a series of astonishingly beautiful clips of an essentially unsightly area. The film alternates between silent images, still lifes, slide shows, and some rare black and white footage of battles and other events that occurred in Karantina.

From the first minute or two, the viewer grasps that this is not a mainstream documentary or reportage. The overall feel is far from "realistic" and the images are saturated with color and texture. "The techniques we used as well as the aesthetics are very uncommon in documentary filmmaking and it is a very stylized film," notes Mishlawi. A cross between fiction and nonfiction, "Sector Zero" attempts to awaken from deep slumber the idea of genre filmmaking in documentary. And horror, Mishlawi's own personal interest in cinema, seemed to him like "the most obvious genre to capture the essence of Karantina's intrinsically disturbing history," he says. And there were a set of scenes out of a torture movie while filming "Sector Zero". "Inside the main tannery, we started finding bones on the floor, and we couldn't tell if they were tannery bones or prison bones," the director says.

But Mishlawi and cinematographer Talal Khoury create an unsystematic sequence of haunting and spine-chilling scenes that are devoid of any gore or graphic shocks, only deeply disquieting to the imagination. The abrasive sounds only up the intensity of the horror, which is not in any way decelerated by the slow music.

The impact of the film is more in the aesthetic and less in the ideas, and that's how Mishlawi had intended it. While "Sector Zero" is about Karantina, it is not about anything in specific and carries no specific message. "I don't want to preach my ideas to others," Mishlawi says. "I will, however, put them in a form that allows discussion." Instead of a scripted documentary, he went for a documentary treatment or film essay, a kind of filmmaking that fell out of fashion decades ago. And instead of spoon-feeding the viewer the information, the film presents the headlines, leaving the viewer to make the links.

Through three interviews that were carried out as discussions, "Sector Zero" offers three approaches to storytelling. The first, a scholarly one by psychiatrist Dr. Chouki Azouri, presents the idea of the quarantine as a totem and argues how taboos, violence, and killing are at the heart of Lebanese society. Hazem Saghiyeh, a seasoned journalist and political analyst, makes the second and more analytical commentary on the history of Karantina, going far beyond Lebanese borders with his hardcore analysis. For example, he notes that Arab states are constantly creating illusionary enemies to distract their people from the root issues such as building healthy societies. Architect Bernard Khoury shares the third and most personal of accounts, where he displays his fascination with the area's urban qualities from an architectural standing.

"Sector Zero", which took around 16 months to come to fruition, offers an ascetically compelling, intelligent take on the traditional documentary and resultantly transcends its immediate subject matter or even Lebanese parameters to offer perhaps a study of human kind. That is why Mishlawi could not contain his shock when the film walked away with the Muhr Arab Documentary First Prize Award at The Dubai International Film Festival 2011. "It was shocking that a first time director who was doing something so different would take this kind of prize," he admits.