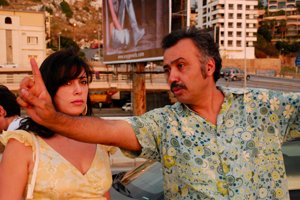 The screening will take place on Saturday 5th May - 21:00 in presence of director Georges Hachem and on Sunday 6th May at 21:00 at Grütli Cinemas

With support from the Republic and Canton of Geneva, the Department of Culture of the City of Geneva, and several other major partners, the 7th edition of the International Oriental Film Festival in Geneva - organized by the FIFOG association in collaboration with various partners working to promote cinematography, as well as cultural dialogue and diversity - will be held from 28th April to 6th May 2012 in Geneva (Cinémas du Grütli), Versoix, Lausanne, La Chaux-de-Fonds and in neighbouring France (Gex and Annemasse).

The FIFOG's different categories will include “The Orient seen from all sides”, “Voices of America”, and “Feminine perspectives”, among others. In addition, the recent revolutions in the Arab world will be at the heart of this year’s festival.

A new feature this year is the establishment of three competitions: Long (fiction), short (fiction) and documentaries, and a tribute to a filmmaker who made his/her mark on the film industry through exploring the boundaries between East and West.