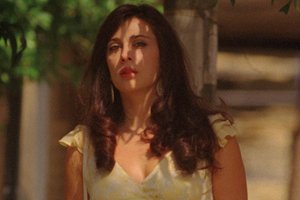 Stray Bullet will be the opening movie of the "Cinema du Sud" festival at the "Institut Lumiere" in Lyon on Thursday April 12th at 20:30 in the presence of director Georges Hachem.

Nora (Nadine Labaki) is about to get married. Her family is relieved to see her take advantage of this last chance before officially becoming a spinster just like her sister. Everything seems to be going well.  However, on this special Sunday of August 1976 in Lebanon, on the same evening her elder brother is organizing a dinner in her honor 15 days prior to the wedding, Noha changes her mind.