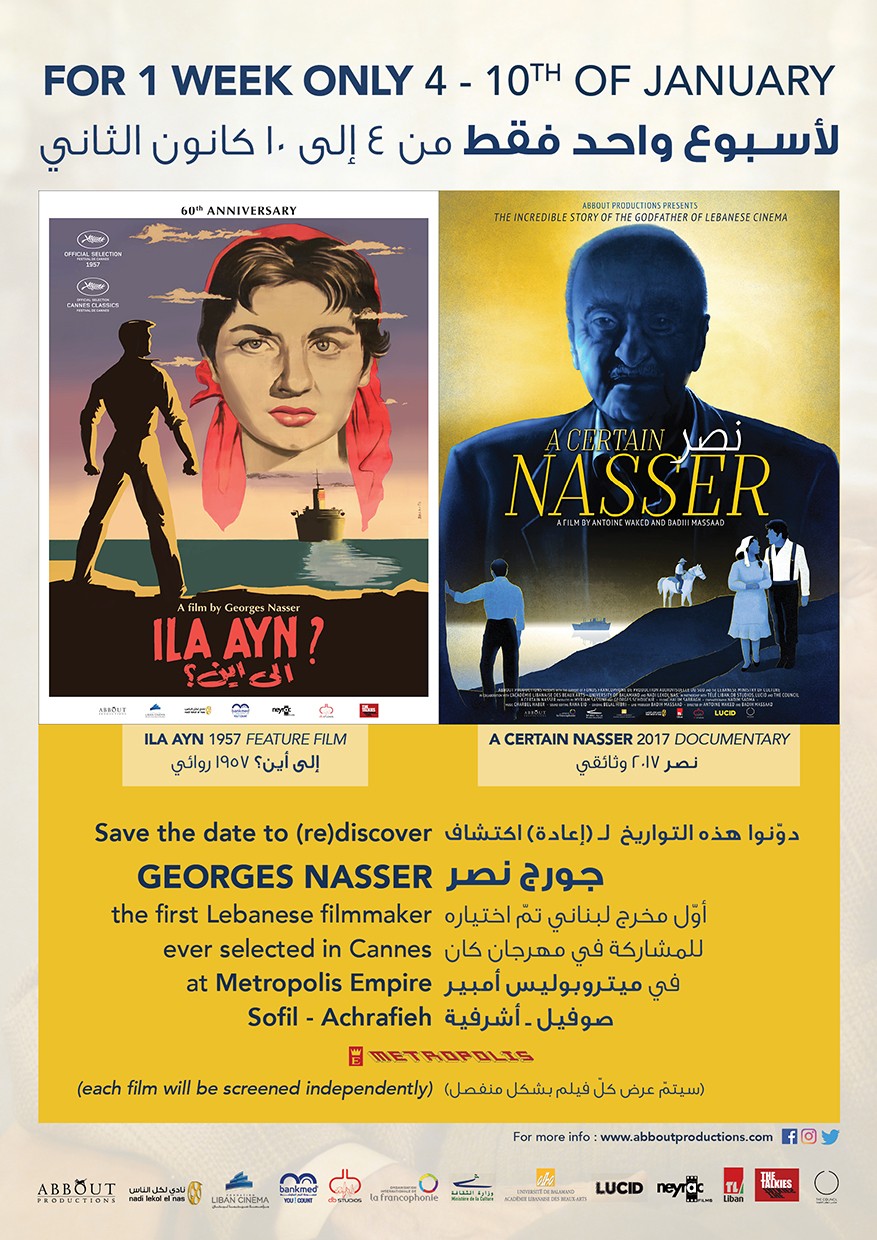 Abbout Productions and Nadi Lekol Nas have the pleasure to present the work and story of Lebanese pioneer filmmaker Georges Nasser in a limited double feature program including:
ILA AYN & A CERTAIN NASSER.

Save the date for this unique limited release! 4 to 10 January 2018
Metropolis Empire Sofil - Achrafieh (each film will be screened independently)

ILA AYN ? (1957 – 80min),
Nasser’s feature debut, was the first film to
represent Lebanon in the official competition at
Cannes Film Festival.
(Re)discover it in a newly restored 4k version.

A CERTAIN NASSER (2017 - 65min),
a feature documentary directed by Antoine Waked
and Badih Massaad, retraces the compelling
journey of Georges Nasser, the pioneer filmmaker,
while also highlighting the birth of Lebanese author
cinema and its struggles to exist even until today.
Georges Nasser is 90 years old today.
His eyes still light up at the mention of his greatest
love, Cinema.