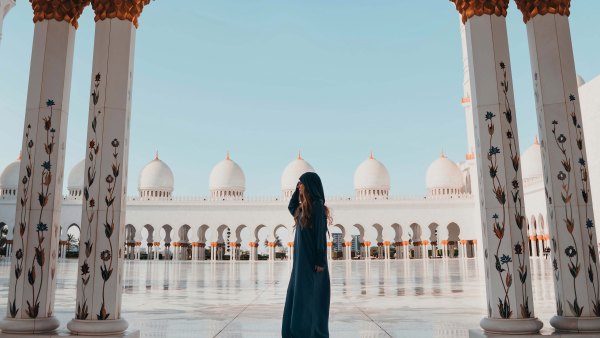 The six-episode fiction, pitched Feb. 25 at the 2020 Berlinale Co-Pro Series, is set to be the first TV drama produced by Abbout, a Beirut-set production house run by Georges Schoucair, best known to date for films with a distinctly Arab voice.

Scheduled to shoot from fall 2021 in Morocco or Turkey, “The King’s Wives” is conceived as a multicultural project, with Palestinian-Dutch Abu-Assad as co-creator and showrunner, production by a Lebanese team, with a cast coming from all over the Arab world and international heads of departments.

A TV drama with humorous elements, set in a modern unnamed Arab monarchy, “The King’s Wives” follows Zein, a revolutionary princess who wants to challenge the monarchy and improve women’s rights.

She aligns with her progressive husband, Prince Malik, and their three daughters, when Malik’s father is struck ill and the coronation of a new king becomes urgent.

The royal court gives Malik an ultimatum: if Zein, who is pregnant, delivers another girl, he must either give the throne to his conservative brother Omar or marry a second wife.

When Zein delivers a baby girl, they make a bold move, escalating a situation in which four wives share Malik. Meanwhile, a revolution in the streets threatens the kingdom.

The project is dubbed by its creators as a cross between “The Crown” in its royal allure, “Succession” in its family intrigue, and “Big Little Lies” in the complexities of the relationships between women.

Abbout’s Schoucair and Myriam Sassine will produce the series, co-created by Amira Diab, a producer on Abu-Assad’s film “The Mountain Between Us.”

“The series tells the current challenges of Arab monarchies stuck between their traditions and their thrive for modernity. It’s also a feminist series that raises awareness about the women’s ability to occupy leadership positions in governments and places of power,” Schoucair said.

“It has some elements of romance and comedy. When you add to them the gap between the Western culture and Arab culture, the gap between men and women in the Arab world, and a man forced to marrying four wives, these elements mixed together will definitely add a humorous result while keeping the seriousness of the series’ world,” Sassine said.

Abu-Assad is known for directing 2006’s “Paradise Now,” which received an Oscar nomination in the then best foreign-language film category. His 2013 movie “Omar” was nominated in the same category and selected for Un Certain Regard section at the 2013 Cannes Film Festival, where it went on to win its Jury Prize.

Abbout Productions has managed since 1998 to bring together a network of Arab and Lebanese filmmakers, having produced award-winning films such as Ghassan Salhab’s “The Valley,” Vatche Boulghourjian’s “Tramontane” and Ahmad Ghossein’s “All This Victory.”

Recently, the company has shown interest in the world of TV drama as it saw how some international series, made in their  non-English languages and dialects, becoming a worldwide success.

In addition to “The King’s Wives,” Abbout is involved in developing three new series that also tackle Arab culture with potential international appeal.

“The King’s Wives” is one of the 10 projects selected at the 6h Berlinale Co-Pro Series, running Feb. 25-26 at the Zoo Palast.