Beirut Hold'em by Michel Kammoun at the Dubai Film Connection 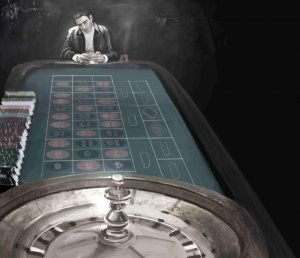 Ziko a 40-year old ex-con is released from prison and wants to restart his life. He’s determined to win back Carole - the love of his life - and open up a gambling joint, locally known as an “Amusement Center.”  He reunites with his boyhood friends who share his passion for gambling and runs into his dead brother’s friend. Ziko learns that his sibling perished on an illegal motorbike race, and decides to save his brother’s friend from the same deadly fate. Driven by a relentless will to succeed, Ziko sets out on a journey through contemporary post-war Lebanese society, a place made of a strange mixture of violence, tenderness, lightness of being and tension.