The Notebooks selected at CineMart 2016 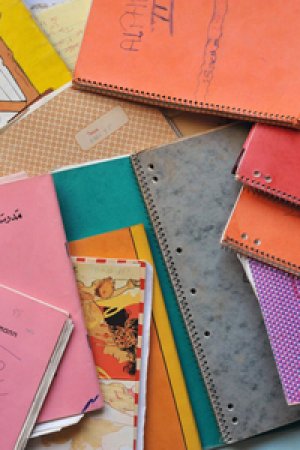 International Film Festival Rotterdam's (IFFR) co-production market CineMart has completed its line-up for the upcoming 2016 edition. The line-up consists of titles from filmmakers from across the world, including the Netherlands, Australia, China, Brazil, the UK, Lebanon, France and the USA. The selection also includes two Art:Film projects one of them being The Notebooks, the new film by Joana Hadjithomas and Khalil Joreige.

Marit van den Elshout, Head of Industry and CineMart, on the selection for CineMart 2016: "We could not be more excited about this year's CineMart line-up, featuring some outstanding projects - great discoveries with high potential. The selection includes no less than five debut feature films, ready for the international market and to be attached to financiers. We are looking forward to another great edition of CineMart, supporting the future of storytelling by nurturing the work of all these great filmmakers, both emerging and established."