Home News A little fortress in a big valley

A little fortress in a big valley 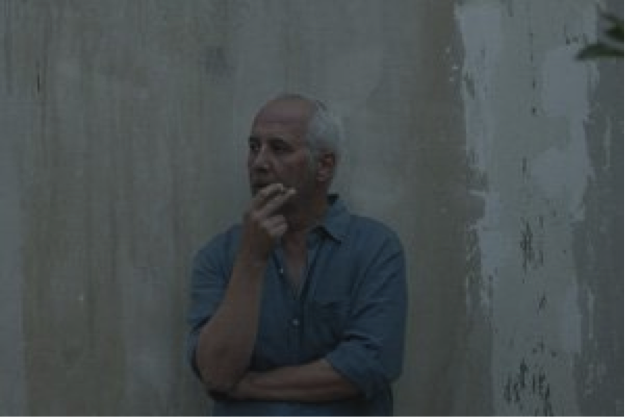 Memory is one of the ripe fruit of contemporary art. All you need do is misplace something - your car keys, your identity - to figure out why.

In Lebanon, artists' preoccupation with memory is often connected to their country's history of energetic civil conflict and the political class' collective attitude toward it, likened to wilful amnesia.

There's plenty of trauma to go around, of course, and Lebanon isn't alone in having problems with misremembering.

"The Valley," the latest feature by Lebanese writer-director Ghassan Salhab, is partly about amnesia. It is also about place - attachment to place and alienation from it.

The film was shot in Lebanon's Bekaa Valley, so those who have not watched it may assume "The Valley" is somehow "about" the Bekaa, or Lebanon.

In fact any place will do.

The film begins with an image of the breeze jostling a flower that resembles a Damascus Rose. This ephemeral thing, whose name evokes an ancient city, is perhaps better known for rosewater, the aromatic liquid distilled from it, than its physical beauty.

After a few seconds the screen goes black. A male voice speaks a few lyrical lines in Arabic about a man who shut his eyes to the bright mountain sun, and descended to the valley below.

Salhab's films are like this - languorous narratives apparently less concerned with where they're going than in the images that can be found along the way, and what these can provoke in anyone who bothers to look.

Voiceover done, it's replaced by the sound of an automobile squealing to a halt and a crash.

The screen brightens again upon an anonymous rural highway where, in the midst of a skid mark, a snake writhes in the middle of the road, cut into two pieces.

(Animal rights activists need not be outraged: It appears to be a CGI reptile. Later on, a character picks up an apple and finds twin puncture marks in it.)

A man in a bloodied white shirt (Carlos Chahine) pulls himself up from a hillside where his car's crashed and staggers back to the road. As an explosion sounds in the distance, he surveys the road before him. Soon he hears voices.

The injured man tells them he remembers nothing of his name, where he comes from or why he's on this road. He does notice the engine is busted though and, reaching into it, he sorts it out in a few seconds. Only then does he keel over.

The two roadside Samaritans are appreciative but cautious. Joined by their companions Carole and Maria (Carol Abboud and Yumna Marwan), they reluctantly place the stranger in the back seat of their car. Later they vainly seek to deposit their now-unconscious guest someplace else.

The stranger remains unable to disclose his identity for the balance of the film. His new companions also keep mum about who they are and what they do, though not for reasons of amnesia.

Obliged to the stranger, yet clearly not wanting to take responsibility for him, they take him back to their place - a ranch house surrounded by fruit groves that's gated and guarded by Kalashnikov-toting young men.

Hikmat (Aouni Kawas), a father figure somehow responsible for the property, is annoyed his colleagues have brought this wounded man home with them.

All five regard the stranger with suspicion and curiosity, but - for reasons that bear little relation to compassion - they tolerate his presence and even try to help him remember himself.

While the stranger enjoys this vague reprieve he, and his audience, roam the grounds of this secretive community of displaced urbanites. Then fate, or something, definitively disrupts the well-armed rural calm.

"The Valley" had its world premiere at the Toronto film festival this fall and has just had its Middle East debut at the Abu Dhabi Film Festival, where it's screening in the Narrative Features Competition.

The writer-director's fifth feature-length fiction, "The Valley" is designed as a free-standing film, yet it does bear certain similarities to his 2010 feature "The Mountain," which also featured Fadi Abi Samra.

Aside from some overlapping personnel, both films find a nominal premise in a defining geographical feature of place. Though all his films have been situated in Lebanon, Salhab's work has been more or less interested in the specificities of place.

Regarded by some as his most-accomplished work, "The Last Man" (2006), which also starred Carlos Chahine, veered sharply in the direction of genre. Salhab's approach to the vampire myth is as unconventional as any in cinema and its narrative themes help liberate the film from audience expectations that it should somehow address "the Civil War," "sectarianism" or "Israeli aggression."

Superficially "The Mountain" and "The Valley" are quite unlike one another. Most locations in the previous work are interiors; the new film embraces the cinematic possibilities of the Bekaa - and cinematographer Bassem Fayad takes full advantage of its stark juxtapositions of sky and soil.

Yet the action of both films centers on man-made structures - a mountain hotel in the 2010 film; a fortress farmhouse here. Like other cinematic houses, Hikmat's farm lends itself to synecdoche.

Though all five figures residing in this farmhouse collaborate in a common business enterprise, they also betray traces of individuality.

Hikmat, who heads this business enterprise, is introduced in the kitchen, where he's preparing the salad dressing for the evening meal - one of several feasts over which he presides.

In one amusing exchange, a gunman (Rodrigue Sleiman) tries to enter the kitchen with his AK-47, only to be told by the suddenly stern Marie to leave the weapon outside. He does, but before he has a chance to speak, Hikmat orders him to sample the salad dressing - which he and his fellow gunmen will pointedly not be consuming that evening.

Like bar tenders and taxi drivers who labor only to supplement their real careers, at least in other countries, Hikmat's colleagues have either abandoned other lives or live them on the side.

It falls to Carol to attend the deep gouge the stranger has sustained in his car crash and afterward she confesses to having been a nurse in a previous life. The shoulder wound she closes with her sutures might easily be mistaken for a boxer's eye, swollen shut from bruising, or perhaps a bloodied mouth.

The youngest of the five, Marie is an artist working on a series of sketches. She takes an interest in the stranger's form, first drawing his naked torso, then scrawling a charcoal work on his naked chest.

It may be because of Marie's influence in the household that, when the stranger first awakes, his eyes open upon a reproduction of a baroque-era fresco of the Angel Gabriel's visitation to the Virgin Mary.

In any case, before suppertime conversation can turn to what to call this stranger who can't recall his own name, she suggests that he fell upon them all like an angel.

Marwan is the real brains of the operation. Like Abi Samra's character in "The Mountain," Marwan passes the time scribbling poetic observations in a book he carries with him. Here, though, the verse supplements the chemical formulae that are Marwan's real stock in trade.

It is only one irony of this rural paradise that the five characters run a factory devoted to the manufacture of narcotics, Marwan being their chemist.

Apparently there's a lively market for mind-altering substances nowadays, and not just in Lebanon.