Home News The Valley: Could this be Greek new wave from Lebanon?

The Valley: Could this be Greek new wave from Lebanon? 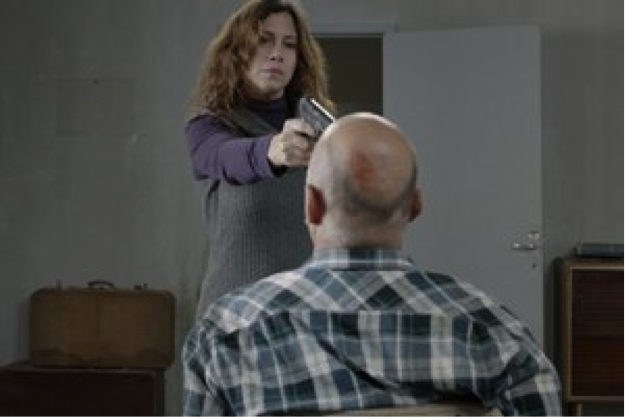 This fascinating European-Middle Eastern co-production represents an important part in a strong (some might say admirable) commitment that the Berlinale and the World Cinema Fund have made to presenting Middle Eastern films this year (including titles like Love, Theft and Other Entanglements from Palestine and Taxi from Iran - both brilliant). And this has given air time to striking, non-Israeli perspectives, like that of The Valley.

Screening as part of the Forum, this film sees prolific director Ghassan Salhab move down from The Mountain (his last feature) to the valley, namely the fertile and vitally important Beqaa Valley; and this film truly feels like an ode to this landscape. Which makes it rather fascinating, because how do you convey the atmosphere of an expansive valley?

Well, it would seem you do it delicately. The Valley carves out another spot in the Berlinale programme for what Stefan Dobroiu described as "efficient minimalism" earlier this week. An initially sparse soundtrack captures the hypnotic rhythms of an almost inert setting. And lingering shots remind us that we have entered a space where time flows timelessly.

Salhab's emphasis on the valley, coupled with poetic voice-overs, also adds a seemingly scriptural dimension, be that Christian or Islamic. Indeed, the second image we see is that of a snake, severed in half by a car's tire. And this devilish figure has caused some mischief too, as it has caused a car to swerve off the road (an event the director recounts using sound alone). So we might say The Valley begins by blacking out, because the screen does temporarily revert to black.

This represents the driver's loss of consciousness, and upon awakening, this nameless protagonist (all the characters are nameless) remembers nothing. This is key: Salhab refuses to lay out the characters' psychology for us, hoping instead to create a text that will conjure up psychological reactions - and he triumphs. The Valley has that ability to make you ask all kinds of questions: practical, conspiratorial, even metaphysical questions.

And whilst it is not a Surrealist film (despite discussing dreams and using a shot of ants in chaos as a metaphor for Lebanese society), we might say that the first half takes on the protagonist's semi-consciousness. We are often presented with hazy, layered shots, created using superimposition or by filming through reflective surfaces. And in a dreamy, highly unexpected shift, this car-crash victim is taken by strangers to their cocaine lab.

The length of the journey it takes to get there also allows Salhab to enact a complete U-turn: we go from a mystery film to a hellish thriller. Masterfully, the film's entire premise then seems to become irrelevant, and it changes genre with ease. An astonishing feat, which leads us to comparisons with Greek new wave's slow, rhythmic build-ups and mind-blowing payoffs. Except Salhab's version has explosively political overtones, too, and so The Valley relates the Middle East's ongoing, almost purgatorial experience powerfully.