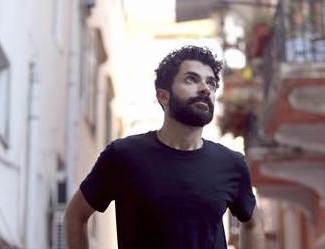 Ely Dagher is and artist/filmmaker working with different mediums and producing work that intertwines on different levels. His work focuses on the layering and constructing of multiple narratives across film, painting and installation.

Drawing from his upbringing in Lebanon and his current situation, his work explores the correlation and possibilities created through the play between cultures, histories and fiction. Ely’s artworks function as an extension to his interrogations, joggling between different points of identification and visual structures, from surrealism, science fiction and the occult.

His latest short film “WAVES‘98” (2015) was awarded the short film Palme D’Or at the 68th Cannes Film Festival.  His films have been awarded at numerous international film festivals.

He Graduated with distinction from the MA in New media and contemporary Art Studies from Goldsmiths College in London. In 2011 Ely founded BeaverAndBeaver production studio to tackle different projects.